What could Jonah Bolden bring to the Philadelphia 76ers?

After being drafted with the 36th pick in the 2017 NBA draft, Australian forward Jonah Bolden was sent to Israel last season, where he spent the season playing for league champions Maccabi Tel Aviv. In 29 games, Bolden averaged 6.9 points, 5.5 rebounds, 1.6 assists, 1.2 steals and 0.9 blocks, while playing 21.1 minutes per contest.

Those numbers certainly won’t blow anyone away. When you take into consideration the talented lineup Bolden was playing on, one can see why he was not called upon for a larger role. Tel Aviv was led in scoring this season by two-time NBA champion Norris Cole and also Pierre Jackson, who has had exposure at the NBA level.

Bolden was also sidelined throughout much of the playoffs thanks to a league rule, requiring only three foreigners to be on the court at any one time. Still, Bolden’s time in Israel has to be deemed a success and should certainly bode well for him if the 76ers bring him over this coming season.

Bolden also led the team with steals and finished with the third most blocks, showing his true value to the side can be away from the basket. There is clear and obvious upside in Bolden’s offensive game with his sheer athleticism. But what is most impressive about Bolden is when it’s called upon, he can change his game to accommodate the team’s needs.

As the NBA trends away from the “old school” big man, it’s guys like Bolden who represent the modern day front court. Bolden’s size and strength mean he’s unlikely to be totally pushed off the ball. But it’s the parts of his game which will allow him to succeed in the NBA. Last season, he averaged 32 percent on three pointers. While that mark is still below league average, it does show that there is more to his offensive game than just back to the basket scoring.

If he is to add a genuine three-point shot to his arsenal, his value in the league skyrockets immediately.

The Sixers are well on their way to a roster overhaul, when it comes to the front court. Trevor Booker and Jahlil Okafor were both traded last season, while Ersan Ilyasova and Amir Johnson are both off their respective contracts. That’s four forwards who accounted for a large chunk of the 76ers’ rebounding last season. The huge opening in their front court rotation certainly leaves plenty of opportunity for Bolden next season.

How Bolden would fit alongside Simmons

Bolden’s athletic offensive game should also suit Ben Simmons’ game well. Simmons thrived last year with rim-running big men like Joel Embiid and Dario Saric, accounting for many of their made field goals. A pick and roll combo punch of Simmons and Bolden could become a staple diet for 76er and Australian fans alike for the next decade. Add the possibility of an outside shot and Bolden can truly become the ideal back up forward for Philadelphia.

Bolden’s offensive game is still very raw, but the 76ers have prided themselves on player development in the past few seasons. Current coach Brett Brown is considered to be one of the premier player development coaches in the league. If anyone can tap into Bolden’s vast offensive potential, it’s undoubtedly the 76ers.

Even if Bolden’s offensive upside is never realised, his defensive game is already well-developed and arguably NBA-ready. Should Bolden come over from Europe this offseason, he could be inserted directly into their rotations. On a team which has lost so much rebounding, Bolden’s game could certainly plug a direct hole for Brett Brown.

Regardless of what this offseason has in store for the Bolden and the 76ers, the decision to stash him in Europe has certainly paid dividends. Bolden continued to develop all aspects of his game, while tasting success within a supremely talented team. The young forward has taken his game to the next level, and Philadelphia will be reaping the rewards for years to come. 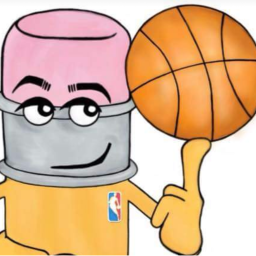