Intensity and excitement filled Eagle Stadium in Werribee once again this week as spectators packed the arena to capacity for the final day of the South Sudanese Australian National Basketball Association (SSANBA) Summer Slam.

Running since 2003, this year’s event saw sixty-two teams play across five different divisions in a high-flying style of play unique to the two annual tournaments hosted by the SSANBA.

Hoops fans were treated to great opening round action, often scrambling to keep up with ten courts going at once. Games were played at a relentless pace, with plenty of transition dunks and last minute hustle-plays leading to clutch shots. Explosive lay-ups and monstrous blocks looked easy with the length and athleticism on display.

After two days of joyous, high-intensity basketball, Tuesday morning’s semi-finals saw nail biting finishes further narrow the field for the main event. Fans and other teams were ready to bring their renowned support and love of the game to the sidelines, the stands and the halls that allowed a look at national championship action (you can check out highlights from each of the finals on the SSANBA Facebook page).

In what will surely go down as an all-time classic, the Under 18 Men’s Final saw Red Roo (VIC) claw back from a nineteen-point second-half deficit to regain the lead in the final minute against the Yarra Wild Beasts (VIC). Having come up short in previous final clashes between the two sides, the Wild Beasts weren’t done, forcing overtime on a sideline out of bounds play with six seconds to go.

In the end, it was Athiaan Manyiel – who had just found himself wide open under the basket for the game tying lay-in – who was able to lead Yarra to a 59-53 victory with 19 points and clutch free throw shooting down the stretch.

Red Roo came away with a championship in the Men’s Under 20 Final thanks to some timely free throw shooting of their own. This time, the older team were able to close out another tense final quarter, winning 38-37 despite a strong performance from the Sunshine Longhorns’ Isaac Abergat.

The Women’s Open Final between the Wild Beasts and City Queens was another highly contested matchup won 54-44 by a brilliant shooting display from the Queens’ Beth Quadara who went 5-of-7 from deep.

In the Open Men’s, Mathiang Muo brought his veteran leadership and NBL experience to lead Newcastle Nadus over City Kings with 22 points in a 53-47 victory.

Once again, the Summer Slam tournament was a multicultural celebration of community through basketball. Opponents on the court – players and coaches of all teams quickly bonded again after any final buzzer would sound. Friendships formed at previous tournaments were rekindled, and heart-felt conversations about life on and off the court were shared by players, coaches and community members from across the country.

The efforts of everyone involved in this year’s SSANBA Summer Slam continue to show what is great about the state of basketball in Australia, and the bright spot it holds in our country’s future.

Live Sport Australia streamed every grand final live, and have made full game replays available via their YouTube page. 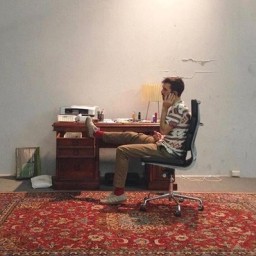