It was another good week for Australians in Europe, with Dan Dillon, Dan Trist and David Andersen all managing to excel.

Daniel Dillon lit it up in Poland as he had yet another double-double, in PGE Turow’s loss to King Wilki Morskie Szczecin. Dillon finished the night with 18 points on 6/11 shooting, to go with 10 assists and 6 rebounds in 35 minutes of action. PGE Turow led for much of the game, outscoring their opponents in all three quarters, however they let up win it counted most. Morskie Szczecin went off in the final quarter scoring 35 points to PGE Turow’s 22. This in turn allowed Morskie Szczecin to come out with the win 94-93.

Still in Poland, Trefl Sopot came away with a narrow 70-69 win over Wikana Start SA Lublin. Both teams had trouble scoring for most of the game as Trefl Sopot shot 39% from the field and Start Lublin just 42%. It was a back and fourth affair for much of the game, but Trefl Sopot’s rebounding on the offensive glass helped them come out with the win. Ater Majok had foul trouble for most of the game, which allowed him to see only 21 minutes of action. Yet that didn’t stop him from contributing, doing a good job defensively and preventing easy looks at the basket. Majok scored 9 points on the night to go with 9 rebounds and one block.

Cameron Gliddon showed off his shooting touch for a big man hitting two shots from behind the arc to go with 6 points 3 rebounds and 4 assists, in AZS Koszalin’s 79-77 win over Stal Ostrow also in Poland. Gliddon saw 34 minutes of playing time thanks to his stellar defensive outing; he forced his opponents into terrible shooting performances. AZS Koszalin was able to come away with the win thanks to their excellent shooting from behind the arc, hitting 47% of their shot attempts from three-point territory.

In the Spanish second division, Dan Trist’s dominating performance led Oviedo to a 76-69 victory over Palma Air Europe. The opposition had no answer to stopping the Aussie big man who continued to score at will, finishing the night with 23 points on 7/14 shooting to go with 9 rebounds, 2 assists and 2 steals in 38 minutes of action. After a rough couple of weeks, Trist has come back with two excellent showings in consecutive weeks.

Mitch McCarron had a solid showing after a rough outing last week, scoring 9 points (4/7 FG), grabbing 5 rebounds, dishing out 3 assists and hitting one shot from three-point territory also in Spain. Palencia were able to come away with the win 76-65 over Forca Lleida, largely thanks to their stifling defense which held Forca Lleida to 38% shooting for the night.

In the Belgium Scooore League, Ben Madgen went off in Verviers-Pepinster’s loss to the Stella Artois Leuven Bears. Madgen led Verviers-Pepinster in scoring with 24 points on 8/16 shooting. He also showed off his shooting touch from behind the arc, hitting four shots from there to go with 6 rebounds and 1 assist. However his excellent play wasn’t enough as the Stella Artois Leuven Bears came away with the win 95-79.

David Andersen was on fire in ASVEL Lyon-Villeurbanne’s loss to Antibes, 72-61 in the French Pro A. Andersen was the lone bright spot for ASVEL as he tried to will them to victory with 24 points on 10/14 shooting with 8 rebounds and 1 steal in 32 minutes of playing time. He also showed off his shooting touch for a big man, hitting 4/5 shot attempts from behind the arc, but no one else could get going for ASVEL as they shot 42% from the field as a team which in turn allowed the opposition to come away with the win.

Brock Motum had 8 points (3/4 FG) and 6 rebounds in BC Zalgiris Kaunas win over Dzukija, with the final score 79-69. Zalgiris Kaunas shot 51% from the field thanks to Dzukija’s soft defense. The opposition did a good job keeping the score close for much of the game, however Zalgiris outscored their opponents 20-10 in the final frame, which allowed them to come out with the win.

Motum would back up with 12 points (4/6 FG) with 7 rebounds in Zalgiris’ 78-70 road win over Neptunas Klaipeda. Zalgiris had to overcome a 9 point deficit heading into the final quarter, with offensive rebounding (33-19) and free throw shooting (25/30) helping them to the win. For Neptunas, little-used big man Angus Brandt saw 9 minutes of action for 6 points on 3/3 shooting and 1 rebound.

In the VTB United League, Lokomotiv Kuban took on UNICS Kazan. From the start, Lokomotiv took the lead going into the main break up 32-28, however UNICS Kazan outscored Lokomotiv in the second half 52-44, allowing them to come out with the win 80-76. Ryan Broekhoff saw 35 minutes of action, scoring 12 points on 5/10 shooting with 7 rebounds and dishing out 3 assists.

Herbalife Gran Canaria came away with a one-sided win over Rio Natura Monbus Obradoiro 80-68. Gran Canaria’s rebounding helped them prevail as they out hustled their opponents 41-34 on the glass. Brad Newley finished the night hitting one three-pointer on his way to 8 points (3/6 FG) and 6 rebounds in 22 minutes of action. He also grabbed three offensive boards, which were key in giving Gran Canaria extra possessions.

Chris Goulding continues to struggle finding any rhythm with his shot as he went 0/5 from the field in Auxilium Torino’s win 78-74 win over Sidigas Avellino. 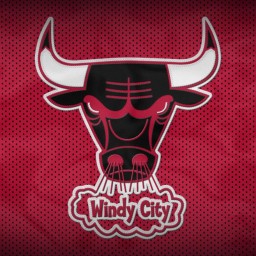