The benching of Bogut was a bold and daring move by head coach Steve Kerr, but it had the desired effect. With Andre Iguodala replacing Bogut in the lineup, the Warriors were able to re-ignite what had turned into a stagnant offense.

Golden State were already a small-ball team, playing a 6 ft 7″ Draymond Green at power forward, but with Bogey off the floor they were now super-small – no player on the court was over 6 ft 8″.

The point of the move was to put five guys out on the floor who were all a threat to hit 3-pointers, in essence trying to create space on offense. That’s the reason teams go with small-ball lineups, to try to create a more efficient offense. However, It usually comes with a downside on the defensive end.

Players who are 6 ft 7″ aren’t supposed to be able to guard 7-footers in the paint, but Draymond Green isn’t your average 6 ft 7″ player. He has the rare combination of speed and strength, enabling him to guard all five positions. That’s the reason the Warriors were able to play super-small for the last two and a half games of the Finals.

To do it for half of a series is one thing, but to do for an entire 82 game season is on another level. It’s hard work for smaller players to bang in the post and wrestle for rebounds against bigger and stronger athletes. It’s too taxing. That’s why teams, during the regular season, will limit the use of their small lineups – usually used at the end of games.

Andrew Bogut was a major reason Golden State had the number one ranked defense last season, and was integral to the team compiling the best record in the league. In the games Bogey missed through injury, the Warriors had a modest record of 9 wins 6 losses, compared to the otherworldly record of 58-9 with him in the lineup.

He was also an important factor in the playoffs. Bogut was instrumental in the series win against the Memphis Grizzlies, and their formidable front-court. And then in the Western Conference Finals, facing the Houston Rockets, curtailed the influence of Dwight Howard – who’d been a dominant force in the playoffs.

Unlike the Grizzlies and the Rockets, the Cavaliers didn’t have a big man who was a threat in the post. Timofey Mozgov and Tristan Thompson have their strengths, but scoring in the post is not one of them. That’s why the Warriors were able to play the undersized Draymond Green and Harrison Barnes at center and power forward respectively.

It worked against that particular Cavs outfit, missing the injured Kevin Love, but that doesn’t mean it will work against sides with dominant post players. I doubt Steve Kerr will have the cojones to go super-small when facing the Los Angeles Clippers with Blake Griffin and DeAndre Jordan, or the Spurs and their new pairing of Tim Duncan and LaMarcus Aldridge.

Small ball has value, but so do big men who can protect the rim like Andrew Bogut. It would be great if Bogey could hit 3-pointers, but that’s unrealistic. There aren’t many 7-footers hitting threes and protecting the rim at an elite level. It just doesn’t happen often. They have a hard enough time hitting free throws let alone 3-pointers.

Until we can clone Bill Russell and Dirk Nowitzki, and combine the two into one player, super rim-protectors like Andrew Bogut will continue to be an invaluable commodity in the NBA.

Andre Iguodala may have won the Finals MVP, but come the start of the regular season, he’ll be on the bench and the fearsome Bogeyman will be back in his rightful place protecting the paint.

Order will be restored. 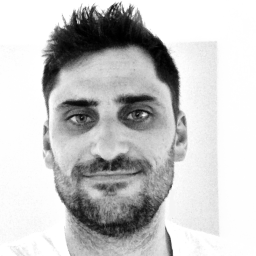 Grew up at a time when the Perth Wildcats were the hottest ticket in town, would love for that to be the case again. If you read this and thought you'd like to read more of my stuff, I'd be amazed. You can find it at tonyloediblog.wordpress.com