At the conclusion of the 2016/17 NBL season, The Pick and Roll takes an in-depth look at each NBL franchise to see where they went right and wrong, plus what they should be investing into in the future.

In the lead up to its first season in the NBL since folding in 2008, it was off the court – away from the spotlights on the freshly painted and waxed Brisbane Entertainment Centre playing court – that Brisbane got right.

6-time NBL Champion CJ Bruton was the first official appointment of the club, brought onboard as Assistant Coach and Basketball Operations Manager. The signing of Australian Boomer’s Head Coach and two-time NBL Coach of the year, Andrej Lemanis, quickly followed along with the announcement of Mitchell Murphy as the Bullets CEO shortly thereafter.

Those players and the coaching staff put together, were a powerful opening statement to the rest of the league: ‘Brisbane wasn’t messing around and wanted to make an immediate impact in its first season back’.

Unfortunately, the new (old) kid on the block wasn’t able to replicate it’s ‘off-court’ success ‘on-court’, finishing last on the ladder with a 10-18 record.

It wasn’t all bad news on court though. Sharpshooter Daniel Kickert rolled out the first ever ’50-40-90′ shooting line in NBL history.

He didn’t just make those marks either, he comprehensively obliterated them by shooting 54.4% overall, 45.9% from three and 95.1% from the charity stripe. An amazing feat, well done Daniel “Dirk” Kickert.

The decision to adopt the traditional Queensland sporting colours of maroon and gold, turned out to be a unique look for the league and set them apart from the other teams. Classy.

The bottom four teams in the league – Brisbane, Melbourne, New Zealand and Sydney – tied for most number of players used (17).  The high number a clear sign that an unsettled rotation and constant player movement has an adverse effect on team consistency, chemistry and overall play.

Tom Jervis was grossly under utilised over the course of the year. A sweet passing big man with good footwork and hands, Tom can go left or right in the post but was barely used all year, hitting the court for just 15.8 minutes per game.

Promising athletic wing, Mitchell Young, also found the going tough in Andrej’s line-up. Despite shooting 57% from the field in 13 minutes per game, the stat can be misleading as he only went 0-1 from three all year. The mandate is fairly clear, work on those threes if you want to hit the court in future.

Far and away the best Brisbane player this year in terms of offense, defense and consistent effort over the season.

He rammed home his team MVP year with a virtuoso 30-point 18-rebound masterpiece to close out the year in a 106-79 loss against Illawarra. He became just the second player in the last 8 years to reach those marks, joining Josh Childress (2014).

Arguably, his best game of the year came in Round 7 against Adelaide. Despite scoring 34 points and hauling in 11 rebounds himself, it was his smothering defense on 2017 MVP Jerome Randle, holding him to just 7 points,  that led to a 105-87 win.

A rare breed in this league, Torrey is both defensive nightmare and highlight reel scorer. He was recently crowned the ‘2017 NBL Defensive player of the year’  and also earned All-NBL 2nd team honours.

The signing was rightly hailed (at the time) as an absolute coup by CJ Bruton and the Bullets organisation.

Jermaine Beal was a player that on paper was the perfect complement for wing terrier Torrey Craig and inside brutes Cam Bairstow and Tom Jervis.

Beal was meant to be the big-game gunner lifting Brisbane in key moments. The dagger-3 specialist that would pump up the Brisbane crowd like he did for Perth in that 40 point game with 10 threes against Melbourne.

More damning for Jermaine was the disappearing act in Brisbane losses. The stats don’t make for pleasant reading so look away and scroll down if you are squeamish:

In the end, being a shooter that lost his shooting touch was Jermaine’s downfall, coupled with his inability to rise to the occasion and lift his team like he’d done many times before.

If only the other 27 rounds could have played out like Round 1.

The Bullets were back in the league and opened the season with an emphatic come from behind win. Scoring just 9 points in the first quarter and behind 11 – thoughts of winning against the defending champion Perth Wildcats probably weren’t on the minds of many.

I don’t know what Andrej said at half-time, but Brisbane came roaring out of the blocks to start the second half outscoring Perth by 15 in the 3rd qtr alone and romping home to a hard fought and well-earned 72-65 win.

It was the perfect start for the reinstated franchise.

The finish to the year was a clear low-light.

The playoffs may have been out of reach but to be blown off the court in uncompetitive fashion is not the right way to finish the year.

After atoning for Melbourne United comfortably 100-90 at the Brisbane Entertainment Centre, Brisbane was sitting in the top 4 with an 8-8 record.

From that point, the team capitulated, going 2-10 with blowout losses becoming the surprising norm.

Brisbane was utterly demolished by 38 points in Melbourne 97-59, for what was to be an ‘open air’ Boxing Day game at Hisense Arena.

The roof had to be shut due to weather, but would it have made a difference?  There was only one fighter on that night.

The 59 points was an NBL season low for any team and led to this quote from Andrej Lemanis:

“I’m a little stunned by the way it all unravelled”

Unfortunately for Andrej, that was only the beginning and there was more unravelling to come.

After the Melbourne game, Brisbane was routed by 33 points in Adelaide 101-68 and in the last three games lost to Cairns by 14 points, barely gave a yelp against Perth losing by 31 points, and was a one man band against Illawarra, losing by 27 points (despite the above mentioned 30 point 18 rebound game by Torrey Craig).

The Bullets appear to have a lot of bases covered already in terms of roster composition.

A team that can throw out a ‘healthy’ rotation comprising Torrey Craig, Cam Bairstow, Daniel Kickert, Tom Jervis, Anthony Petrie, Mitch Young and Adam Gibson should present a lot of problems. It’s clearly top heavy though and a better spread is required to implement the preferred game style.

The problems: 1) Brisbane must work out its point guard/power forward log-jams and smooth out its roster,  2) recommit itself to executing the coaches game-plan and 3) workout the constant breakdowns defensively. It can’t all be left to Torrey.

Now, I love the idea of Gibson as first man off the bench and in a support role. He, Shaun Bruce and Isaih Tueta are not A-grade starters and certainly aren’t capable of guarding a Bryce Cotton, Casper Ware, Jerome Randle, Kevin Lisch or Rotnei Clarke, while also making them work at the other end for 30+ minutes a night.

A top-flight guard is definitely needed and the late season addition of American guard Jeremy Kendle, despite being handy in his 7 games, is not the long term answer.

If Mitch Young could somehow have the same moth to butterfly transition that Nathan Sobey went through, that would help too.

More information will be gleaned internally through exit meetings conducted with players and coaches but some roster tweaks are definitely needed.

Off-court signings probably saved the grade from being a D.

We have to remember: despite finishing on the bottom of the ladder, the Brisbane Bullets were back in the league. New team, new colours and entirely new personnel, all trying to come together quickly.

Starting an entire ballclub from scratch is no easy task. So with that in mind, I give Brisbane a

(All stats above are courtesy of RealGM and the NBL website. ORtg = Offensive Rating, DRtg = Defensive Rating) 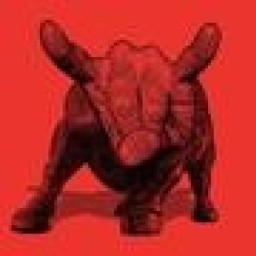